Skip to content
Previous Next
Pilates in Kansas City: Why Pro Athletes do Pilates 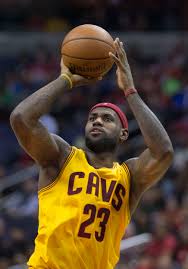 We see all types of athletes at our facility offering Pilates in Kansas City. They range from those interested in keeping fit to those going for a spot on a professional team.

But for some reason, Pilates, much like yoga — has garnered a reputation as being the domain of the typical soccer mom. A woman who wants to work out while her children are in school or one who wants to keep her svelte figures intact.

This is an incomplete view of this exercise regime. Athletes of all stripes — from NFL receivers to Olympic hopefuls and everyone in between — can reap significant benefits from incorporating Pilates into their daily fitness routine.

Check out the sampling of professional athletes below who swear by the benefits of Pilates.

Baltimore Ravens wide receiver and return specialist, Michael Campanaro, swears by Pilates as a method of keeping his upper and lower body balanced. After suffering from the lingering effects of a previous hamstring injury, Campanaro spent the following off-season addressing issues with inflexibility and strength imbalances by training with Pilates. As he notes, ”It’s relaxing. It’s tough at the same time.”

As a professional basketball player for the Cleveland Cavaliers, LeBron James credits his Pilates workout with keeping his body fresh and the muscles of his core strong. During his stint on Team USA for the 2012 Summer Olympics, James emerged as its leader, and even managed to convert his teammate, Dwayne Wade, into a Pilates aficionado as well.

Back when he was with the Detroit Lions, Nate Burleson first discovered the benefits of Pilates. He started using it as a way to counterbalance the effect of lifting weights. Because lifting weights makes his muscles tight, Burleson was amazed at how limber his body felt after only one Pilates session. Ever since then, he has been incorporating it into his fitness routine to keep his muscles flexible and loose.

Martellus Bennett, a tight end for the New England Patriots, was hooked on Pilates the first time he tried it. Because of the position he plays, Bennett’s lower back and joints take a beating. At this point in time, Bennett does it as often as five times each week. He says that each time he goes, he can count on some aspect or motion of Pilates to be a challenge for him.

During the NBA lockout of 2011, Miami Heat player, Dwayne Wade, had to look elsewhere for methods of staying in shape. His new trainer got him started on yoga, which he then introduced to his buddy, LeBron James. James, in turn, convinced Wade to try Pilates, and the six-foot-four-inch, 220-pound shooting guard was hooked. Using a machine-based workout provided Wade with the flexibility he needed to shine on the court and ward off injuries.

For men who are looking for Pilates in Kansas City as a way to keep their bodies flexible and improve their core strength, call AYC Health & Fitness today at 913-642-4437 or click to book a consultation for more information on a variety of class and personal training options.